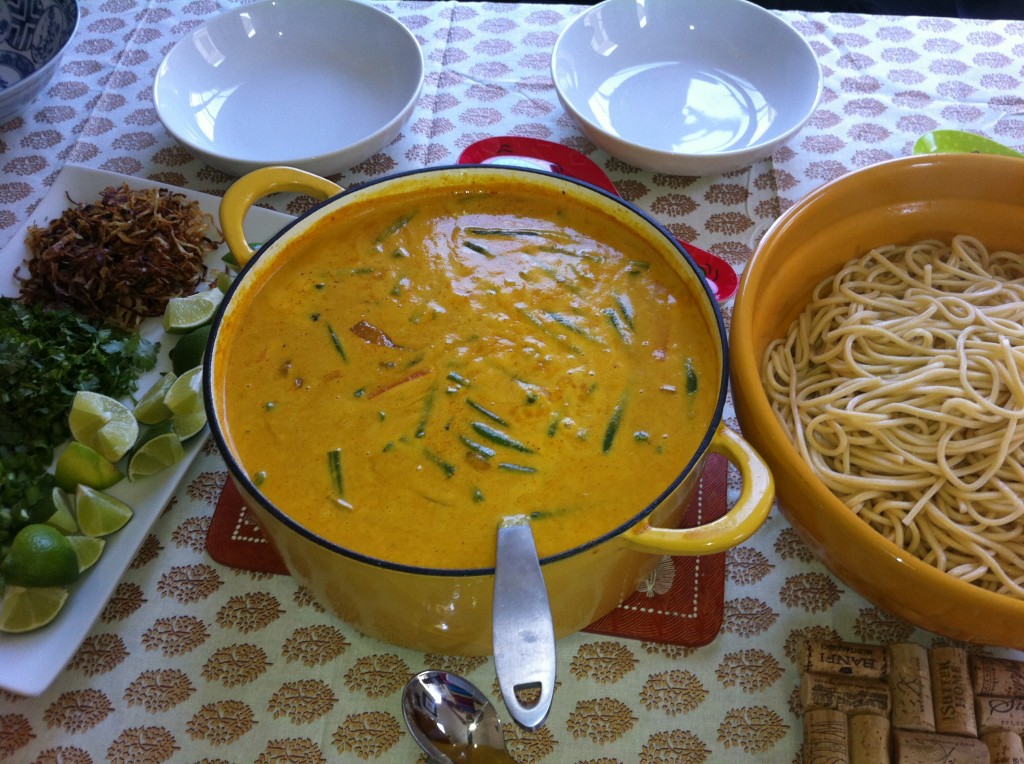 that made me want to keep trying recipes from her book! This book actually got me into trying recipes in general. Before I rarely used recipes and while that is also a fun way to cook, recipes can show you whole new ways of cooking that you haven’t tried before.

My recipe is a vegetarian version of Burmese curry that uses potatoes and green beans to replace the chicken. You could also use tofu. The caramelized onions impart so much rich flavor and the garnishes of fried onions, green onions, cilantro and lime give the dish so much life. Don’t skimp when making the fried onions; they are delicious! You can serve this Burmese curry over Asian wheat noodles (hakka, pancit, chinese wheat noodles, etc.) or rice, or you can even deep fry the noodles so they are crunchy and ladle the curry over it.

Vegetarian Burmese curry was the main dish for the lunch party we had a couple of weeks ago. We had this with the Samusa Soup and Burmese Ginger Salad. I have been meaning to post it ever since. I made a lot (3-4x the recipe) for the party, but have included my basic recipe which doubles the original. We like a lot of sauce 🙂 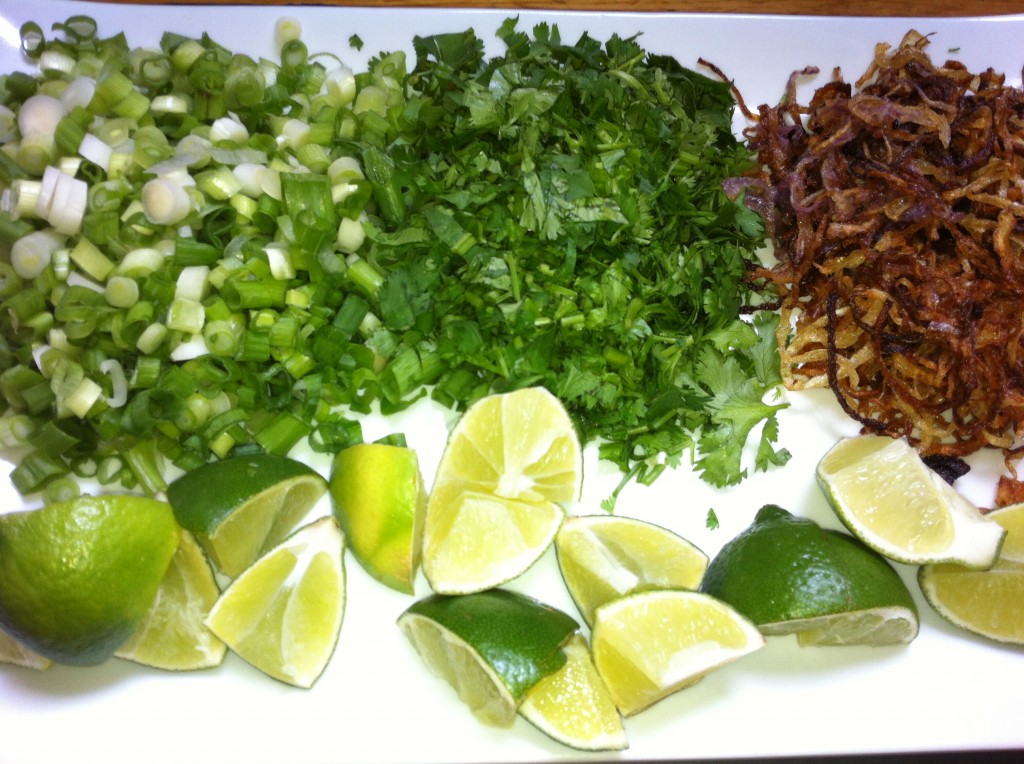